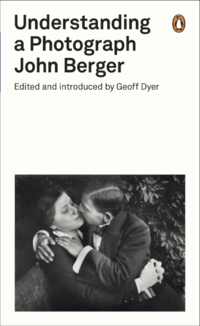 John Berger's writings on photography are some of the most original of the twentieth century. This selection contains many groundbreaking essays and previously uncollected pieces written for exhibitions and catalogues in which Berger probes the work of photographers such as Henri Cartier-Bresson and W. Eugene Smith - and the lives of those photographed - with fierce engagement, intensity and tenderness.

The selection is made and introduced by Geoff Dyer, author of the award-winning The Ongoing Moment.

How do we see the world around us? This is one of a number of pivotal works by creative thinkers whose writings on art, design and the media have changed our vision for ever.

John Berger was born in London in 1926. His acclaimed works of both fiction and non-fiction include the seminal Ways of Seeing and the novel G., which won the Booker Prize in 1972. In 1962 he left Britain permanently, and he now lives in a small village in the French Alps.

Geoff Dyer is the author of four novels and several non-fiction books. Winner of the Lannan Literary Award, the International Centre of Photography's 2006 Infinity Award and the American Academy of Arts and Letters's E. M. Forster Award, Dyer is also a regular contributor to many publications in the UK and the US. He lives in London.

The atlas of beauty