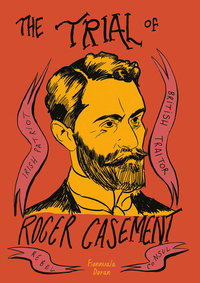 The Trial of Roger Casement

In 1911, Roger Casement was knighted by King George V for his groundbreaking humanitarian work in Africa and South America. Five years later, he was hanged for treason. The Trial of Roger Casement charts the events that led a man renowned for his compassion to the noose.

Based on real events, Fionnuala Doran's absorbing graphic novel explores Casement's startling downfall, from his efforts to secure German backing for an independent Ireland to his disastrous return home and subsequent arrest. Condemned as a revolutionary, his sexuality laid bare by the circulation of his private journals, Casement's fate was all but sealed. And yet, on his final day in the courtroom, he delivered a brave, impassioned speech that would resonate long after his death.
Produkty które mogą Cię zainteresować: