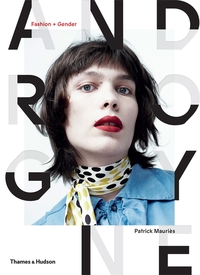 ‘This ad is gender neutral’, proclaimed a recent poster for Diesel; ‘I resist definitions’, announced a Calvin Klein campaign; while a Louis Vuitton shoot featured Jaden Smith, son of actor Will Smith, wearing a skirt like a natural. Fashion magazines have printed countless features on the blurring of gender boundaries, while brands including Yves Saint Laurent, Gucci, Burberry, Givenchy and Dolce & Gabbana have all interpreted this theme in their own distinctive style.

Androgyny is nothing new: it has been a leitmotif of western culture for millennia, beguiling and preoccupying artists and writers since Plato. The blending of genders was a constant through the cultural waves of the 20th century, from Berlin in the 1920s and Hollywood in the 1930s, to the androgynous pop stars of the 1970s, 1980s and beyond – Jagger, Bowie, Grace Jones…

What do these variations on a theme have in common? And what has caused the dizzying resurgence of androgyny in the twenty-first century? This book places images by some of the world’s greatest fashion designers and photographers alongside works of art and portraiture from many eras. It presents a condensed cultural history of androgyny, drawing on the worlds of art and literature to give us a deeper understanding of the timeless human drive to break free from defined categories.

The Chronicle of Western Costume

The Graphic Art of Tattoo Lettering

This Is Not Fashion